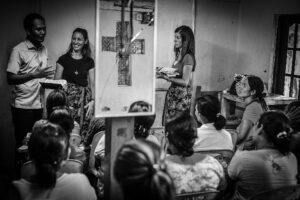 La Casa de Dios started out as a Spanish-language home-based bible study group of seven people, with their pastor leading the study via cellphone from his home in Texas. However, as the small study group grew, this Pastor moved to Chicago in 2009 to join them – and La Casa de Dios was born! This church started growing quickly, and incorporated English and Swahili speakers in need of interpretation. At first, an interpreter would sit nearby the English speakers and interpret in real time directly to their ears without the aid of any devices. This soon became impractical due to the continuous growth and presence of more and more non-Spanish speakers and the need for dedicated equipment became obvious. Initial results of online searches showed products too expensive for this small house of worship, but after persisting they came across Enersound.

Enersound expandable, user friendly and affordable products were just what they needed. We provided solutions for the multilanguage setting with two T-500 desktop transmitters tuned into two different channels and about 35 R-120 wireless receivers to cover all the participants in need of English and Swahili interpretation. And since an unlimited number of receivers can work with a single transmitter if more foreign speaking congregants join services, the system can be expanded by adding extra receivers, using the existing transmitters. 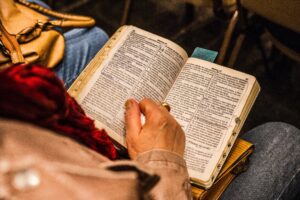 Casa de Dios now has members from all over Africa and Latin America.  They have added a co-pastor from Africa that also presents the message in Kinyarwanda, and a third pastor presenting in English.  A third transmitter was added after the initial purchase for this third language. These pastors all work together in the same service, which means they present three languages at one service every week, with three interpreters present. La Casa de Dios wants to make sure that they provide the Word to everyone who comes to their church, and they do not want language to be a disadvantage. By providing their members with the ability to worship in their own language, they know that they are a valued member of their church community.